For those of you that didn't know, today the 27th March 2002 saw the final laying to rest of Donald Wright jnr. of Green Farm, St. Marys. Donald suffered a fatal heart attack at his home in Stevenage. His family travelled to Hertfordshire to attend the cremation after which his ashes were brought home to Scilly. A memorial service was held at 'Old Town Church' and was attended by approximately 40 relatives and friends. 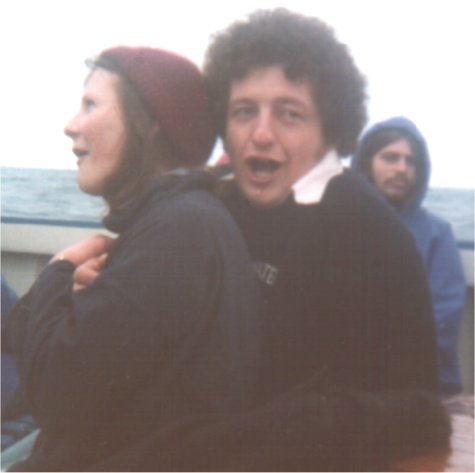 'Duckie' as he was known to most people, was always active as a youngster and I should know because I practically lived at Green Farm when I was a boy, where he and I would spend hours pushing toy cars around the 'glasshouse benches', playing 'kick the can' in the barn yard, shooting 'rustlers' in the orchard, 'Pirates' down at 'New Quay' and chasing Bill Mumford's old donkey through the pines. Pelistry beach was a favourite 'haunt' in summer but the packing shed and greenhouse were our winter playground. He was a keen footballer and enjoyed high energy sports & games. On leaving school, Donald qualified as a 'Painter & decorator' and was well known for his conscientious and quality work. He also teamed up with 'Roy Asten' and jointly ran the mobile disco which became extremely well known in the late 60's. They also ran numerous dances in the Town Hall. He left the Islands during the 70's and only returned on a few occasions. The last time I saw him was when he came home to attend the funeral of his Mother, 'Nancy'.